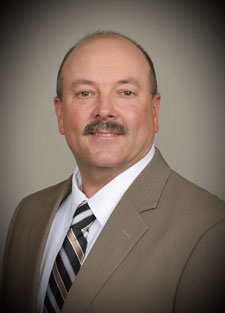 I began my professional career in the fire service in 1991. I was hired by the Belleville Fire Department and have been a professional firefighter for 27 years. I was promoted to the rank of Battalion Chief in 2012 and currently hold that position today. My career includes fire suppression, inspections and investigations for the municipality. I have attained certifications as Fire Officer II and Fire Inspector I with the department, which are only a few of my achievements. I am also the supervisor of the Belleville Fire Investigation Unit (FIU) overseeing 10 investigators. The department has an accelerant detection canine and I serve as the assistant handler. I have witnessed the progression and effects of fire throughout my career as a Fire Officer during actual incidents and live fire training. I was hired as an investigator by a local fire investigation company in 1996 and worked to obtain my CFI certification through the International Association of Arson Investigators {IAAI} which I obtained in 2001. I have worked as a private fire investigator in the insurance industry for the last 22 years.

I graduated from the State Arson Investigators class at the Illinois Police Training Academy in 2004, receiving awards for the highest academics, and best marksmanship. I have attended numerous training conferences and classes in the field of fire investigation over the years and will continue to do so to gain further knowledge and expertise in this every changing field.

I was hired by Midwest Fire Consulting Group in 2007 and have investigated 1870 fires for the fire service and insurance industry in my career. I have testified in federal and circuit court on numerous occasions and have been qualified as an expert witness in fire and arson investigation. I hold AAS degrees in Fire Science and Criminal Justice. I am certified though the State of Illinois as a Fire Investigator and the National Association of Fire Investigators {NAFI} as a certified Fire and Explosion Investigator {CFEI} and Certified Vehicle Fire Investigator {CVFI}. I have experience in conducting large and complex fire scene investigations as well as investigations involving fatalities.

It is my goal as an investigator is to conduct thorough and detailed investigations at each incident utilizing the scientific method and systematic approach. My opinions presented to my clients will be based on the most update information available and a comprehensive and complete investigation.