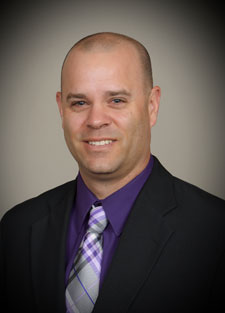 My interest in fires all began in 1996 when I joined the Freeburg Volunteer Fire Department in my hometown of Freeburg, Illinois. It was there that I started learning and training in Fire Science. In 1997, after earning my Associate of Arts at Southwestern Illinois College, formerly known as Belleville Area College, I began to take EMT – Paramedic classes, while still continuing to take Fire Science classes and training. Over the course of five years I worked for Medstar Ambulance service as a Paramedic.

In 2001, I became a full-time fireman for the Belleville Fire Department. In 2002, I attended the University of Illinois Fire Service Institute Firefighter II Academy. My interest grew in not only fighting fires, but also investigating fires.

In 2008, I earned my Associate of Applied Science in Fire Science from Southwestern Illinois College. After completing the required courses and testing, I achieved the rank of Engineer with the Belleville Fire Department. Later that year, I completed the University of Illinois Fire and Arson Investigation Modules I, II and III. After completing the requirements and testing, I became a Certified Fire Investigator. Since that time, I began investigating fires for the City of Belleville Fire Department and Midwest Fire Consulting Group.

In 2009, I attended the Maine State Police Canine Accelerant Detection School in Alfred, Maine. There, along with my K-9, Chewy, we completed the 200 hour program to become Belleville’s first accelerant detection K-9 Investigation Team. Chewy and I together, were a Certified K-9 Investigation Team that required recertification each year. K-9 Chewy retired from service in 2018 after serving the City of Belleville for nine years.

In 2012, I achieved the rank of Captain with the Belleville Fire Department. Also, in that same year, I became a Certified Fire Investigator for the Missouri Division of Fire Safety.

I attend on a regular basis conferences and courses related to forensic origin and cause investigations including IAAI Expert Witness Courtroom Testimony Course to further my knowledge and skills as a fire investigator.

As a fire investigator it is my duty to conduct a thorough and detailed investigation at each incident utilizing the scientific method and systematic approach.  I continue to make every effort to stay up to date with the ever changing field of fire science, so I will be able to offer the best available opinions to my clients.