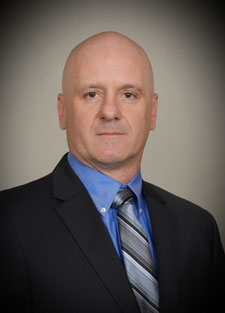 I grew up working alongside my father, who was a general contractor and a licensed electrician. The years I spent working in the construction trade has given me an above-average knowledge base of commercial and residential building construction, and electrical wiring.

In 1989, I joined the United States Army, and was Honorably Discharged in 1997. A year later, I began my professional career in fire service, serving as a volunteer with the Strafford Fire Protection District. During this time, I attended the Firefighting Academy at Ozark Technical College in Springfield, Missouri. After completion of the Academy, and the Emergency Medical Technician Program, I gained employment with the Strafford Fire Protection District. In 2001, I gained employment as a Firefighter with the City of Poplar Bluff, Missouri. In 2003, I entered into the United States Army Reserve, and was able to attend the Department of Defense Firefighting Academy in San Angelo, Texas, where I obtained firefighting certifications in both structural and aircraft firefighting. A year later, I received an Army Achievement Medal for leadership in the field during Operation New Horizon.

In 2011, along with my career as a Firefighter Officer and a Fire Investigator, I gained employment with Midwest Fire Consulting Group LLC as a Fire Consultant. While maintaining employment in both public and private sectors, in 2012, I completed the Missouri Sheriff’s 740 hour Law Enforcement Academy. I graduated from the Law Enforcement Academy at the top of my class, and received Honor Graduate and honor awards for both academics and leadership. Later that year I tested, and obtained, Fire Investigator Technician level through the International Association of Fire Investigators.

In 2014, I was promoted to Battalion Chief with the Poplar Bluff Fire Department, and later that year, tested and obtained Certified Fire Investigator through the International Association of Fire Investigators.

In my career, I have completed approximately 115 college credit hours in the fields of fire science and criminal justice, along with hundreds of hours of continuing education.

I have investigated approximately 500 fires, attended the International Association of Arson Investigators Expert Witness course at Loyola Law School in Chicago, Illinois, and have testified in both criminal and civil court.

My goal as an investigator is to never compromise my honesty and integrity, offer opinions based on the facts of fire scene, as well as my experience and training. I will continue my education in an effort to stay up to date with the ever evolving field of fire science, so I might be able to offer the best available opinions to my clients.